Proceed on QEW (Toronto) to Highway; 407 in Hamilton. Proceed on 407 east to 400 north. Highway 400 becomes Highway 11. Continue on Highway 11 to North-Bay. At North Bay proceed north on Highway 63 to Temiscaming then take Highway 101 north to laniel.

Take Highway 81 north to canadian border. Proceed on Highway 401 east to 416 north to 417 west which becomes 17 west to Mattawa. Take 533 in Mattawa to 63 north to Temiscaming, Qc. Proceed north on Highway 101 to Laniel.

Lake Kipawa is a natural lake whose elevation was raised early in the 1900s by the addition of two small dams to help control flooding in the Ottawa River Basin. The Kipawa River is the only natural flow from Lake Kipawa, and now the Laniel Dam controls the flow into the Kipawa River. Gordon Brook, which you can cross while traveling on Route 101 at the edge of the town of Temiscaming, was created when Kipawa Dam was erected near the town of Kipawa. Visitors to the lake in the cold months will see a different Lake Kipawa, as the water level is lowered to almost its original level.

Tip to tip, the lake is roughly 50 miles long, but getting from one point to another « as the crow flies » isn’t always easy on this body of water. The lake is characterized by many narrow bays and channels and islands of different sizes. There are about 1300 miles of shoreline. Kipawa is a deep lake – 342 feet deep in McLaren Bay. McLaren Bay is not that close to Taggart Bay Lodge though – it’s more than 20 miles by boat. The parts of the lake that we fish are much closer and not as deep, though depths over 100 feet are common. The lake’s depth and its location mean surface water temperatures don’t get much over 70 degrees, and the water gets cold quickly if you dive down a few feet. Even though warm summer days can drive surface water temperatures to the mid-‘70s, the water quickly cools as night falls and the cooler deep water mixes with the surface water.

Like the surrounding land, rocks are everywhere in Lake Kipawa. Rocks – mostly granite – provide ample habitat for fish species. Rocks near the surface and next to main channels are usually marked with either a flag or a floating bottle of some sort. When you spot one, beware – the rest of the rock reef may extend beyond the marker. It is best to leave a 50-foot gap between you and the marker unless you are slowly fishing the area. Off the main channels, rocks may not be marked, so be extra careful when exploring back bays and shorelines particularly on the southern shorelines. Fortunately, the water is quite clear, and shallow rock structures can usually be seen as off-color areas. Visibility on still, bright days (we don’t have many of these days!) is greater than 10 feet.

The lake is deep and clear. It is over 50 miles long and has over 1300 miles of shoreline. Its many bays and islands provide excellent fishing. The aerial photo and diagram below reveal the portions of Lake Kipawa that we most often fish.

For a detailed bathymetric (depth) map that you can print

and bring with you, just click here: LAKE MAP 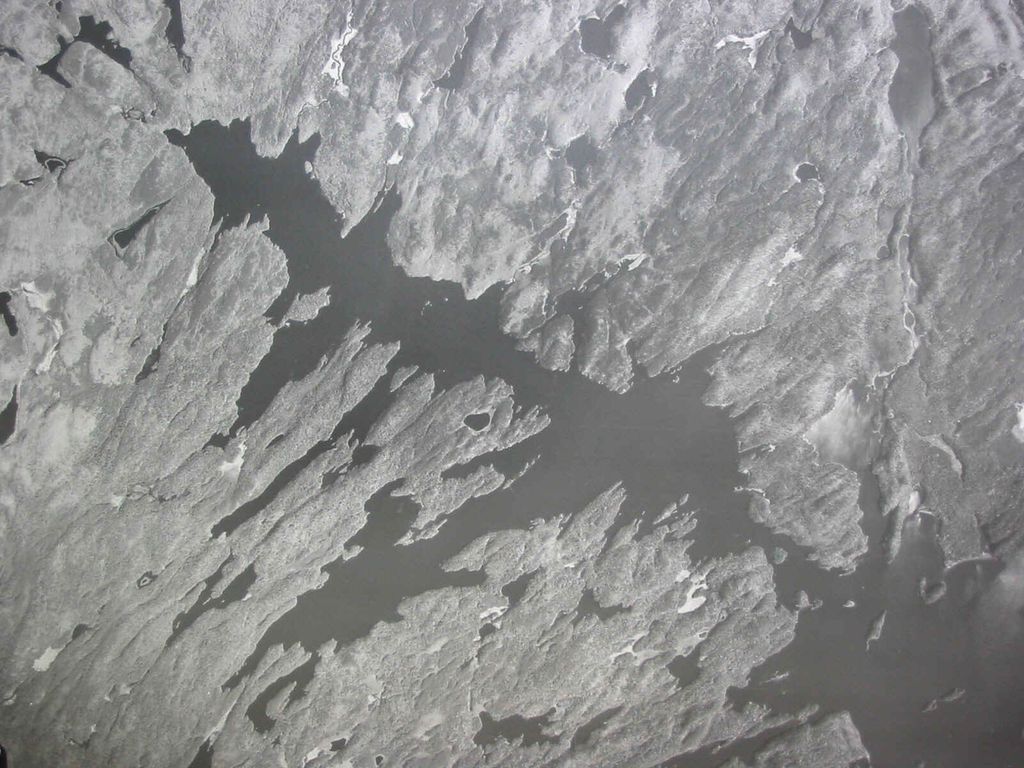 Information on the geology and mineralogy of Kipawa can be found at http://www.kipawa.com/geology.htm.

Some mineralogists are familiar with the Kipawa Syenite Complex which lies in the Grenville province. More information is at http://library.iem.ac.ru/can-min/vol34/cm2/currie.html. Interestingly, a search on eBay of « kipawa » will usually reveal auctions for minerals from this region.